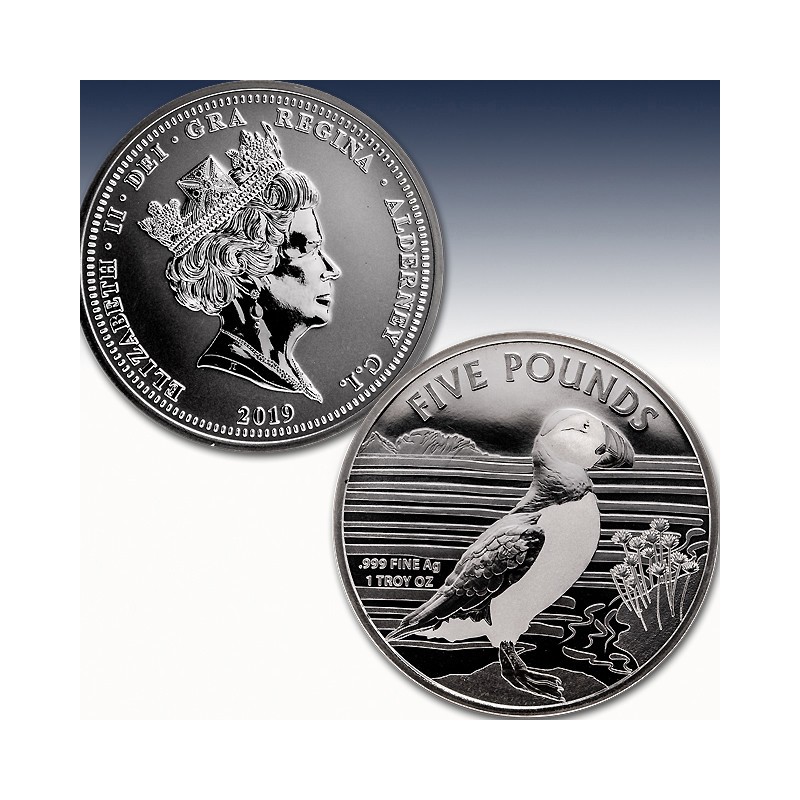 This release of the Alderney Five Pounds features a striking image of a Puffin in .999 fine Silver.

The 1 troy oz coin has a limited mintage of 10,000 coins worldwide.
Around the world, puffins are known by several different names. In the Shetland and Orkney Islands off Scotland's northern coat the name for a puffin is Tammie Norrie and in Iceland and Norway they are called lundi or lunde.

Own one of these Silver coins while it is available. Add this 2019 1 oz Silver Puffin coin to your cart today!

Puffins have predominantly black or black and white plumage, a stocky build, and large beaks. Most people recognize the puffin by its colorful beak but it is born with a dull beak which changes over the years.