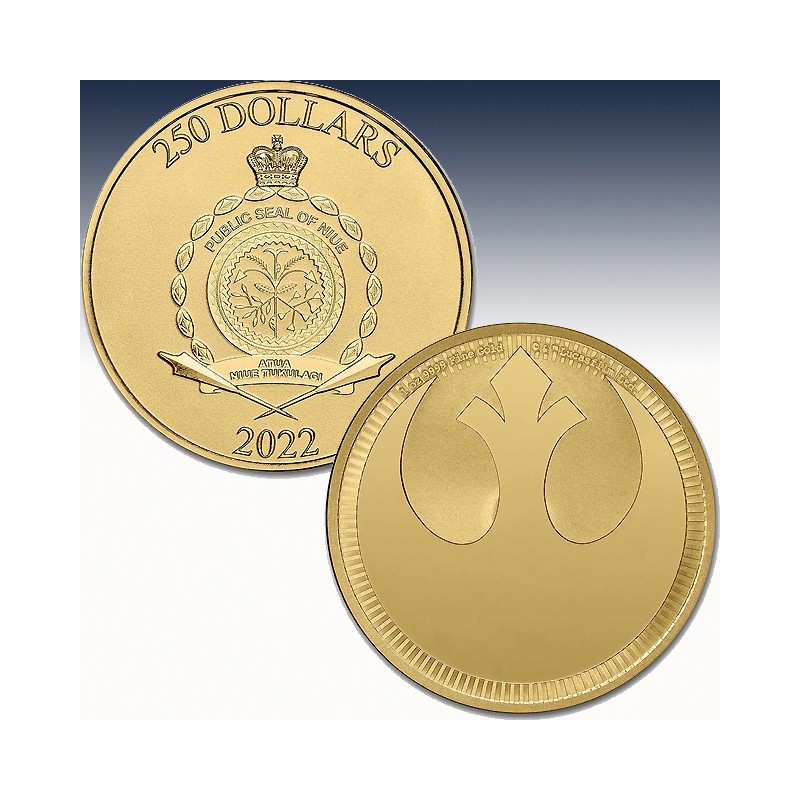 Following the Galactic Empire Bullion comes the third release in the Symbols of Star Wars series exclusively from APMEX. This coin features the officially licensed Symbol of the Galactic Rebel Alliance in .9999 fine Gold!

Be sure to grab this highly collectible coin stamped in .9999 fine Gold. These official Star Wars Rebel Alliance coins make the perfect gift for Star Wars fans, numismatists and investors.

Following the collapse of the Galactic Republic into the Galactic Empire, an alliance of star systems rebelled and thus began the Galactic Civil War. As a symbol of that alliance, rebel leaders such as Leia Organa would adopt the starbird or phoenix which had appeared informally in anti-Imperial graffiti, in response to the demise of Galen Marek whose family crest bore the same symbol. Marek, an apprentice to Darth Vader, turned from the Dark side and sacrificed himself to protect the leaders who would go on to found the Rebel Alliance. This symbol would appear on the helmets, starships and other equipment of the alliance. Thanks to the leadership of Leia Organa, Admiral Ackbar, Han Solo, Luke Skywalker and many others the Rebellion would eventually be victorious.