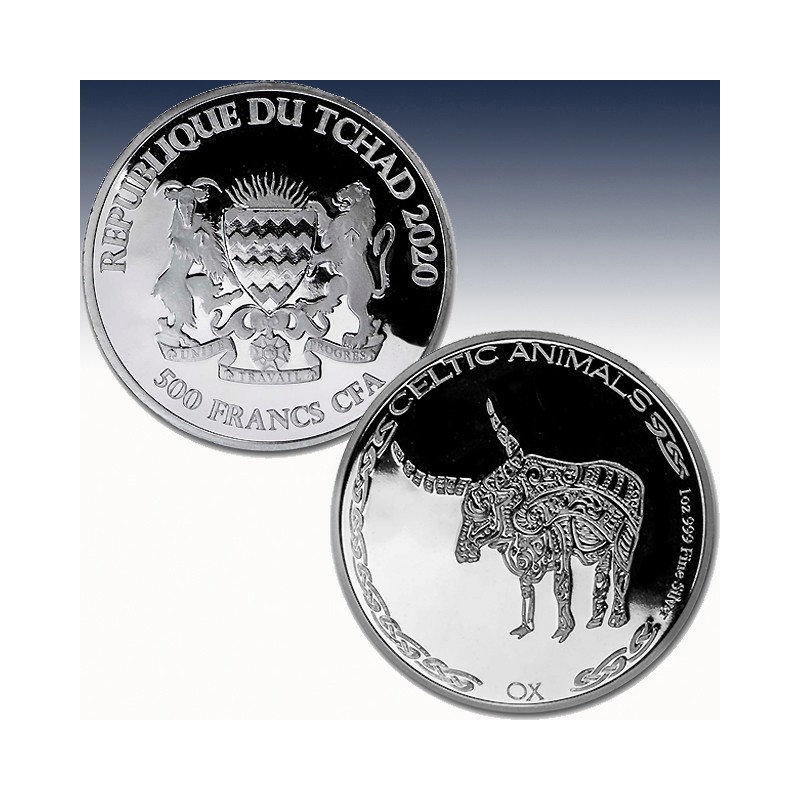 This is the fourth release of the Republic of Chad Celtic Animals series and features a striking image of an ox in .999 fine Silver. The 1 oz coin has a limited mintage of 5,000 coins worldwide.

The Celtic people valued their ox for their enduring physical productivity and when the clan was in trouble, the ox became symbolic protectors.

Republic of Chad Celtic Animals Series
The Celtic Animals Series features 1 ounce Silver coins with an image of different animals, each with a Celtic artistic depiction. These coins have limited mintages, along with a changing design per release, adding to their collectibility. The Ox is the fourth release of the series.