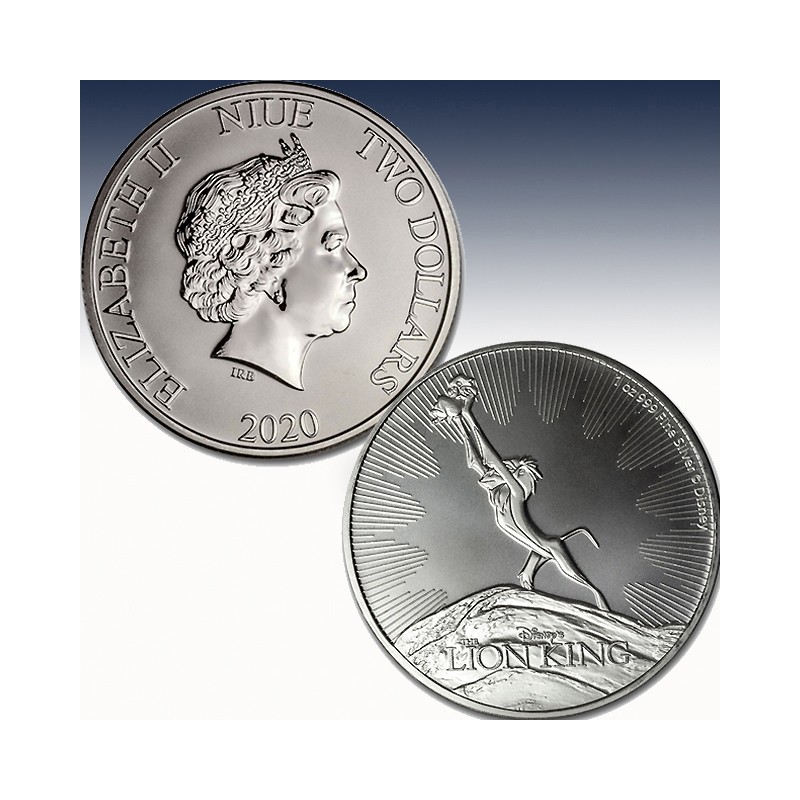 This is the second release in our APMEXclusive® Disney The Lion King series. This coin features an officially licensed image of Rafiki on Pride Rock holding up baby Simba in an iconic scene from the movie as "The Circle of Life" plays in the background.
Coin Highlights:

THE LION KING:
Disney the Lion King is an animated film first released to the public on June 24, 1994. Winning two Academy Awards for the music and a Golden Globe for Best Motion Picture, The Lion King continues to be a classic film for children and adults alike. The story follows a young lion cub, Simba, and his life through adulthood. The movie is set in the Pride Lands of Africa, where lions rule the kingdom. One of the more memorable scenes of the film is at the beginning when the baboon shaman Rafiki blesses the lion cub Simba and presents him before the onlooking animal kingdom as the evocative song "The Circle of Life" can be heard.