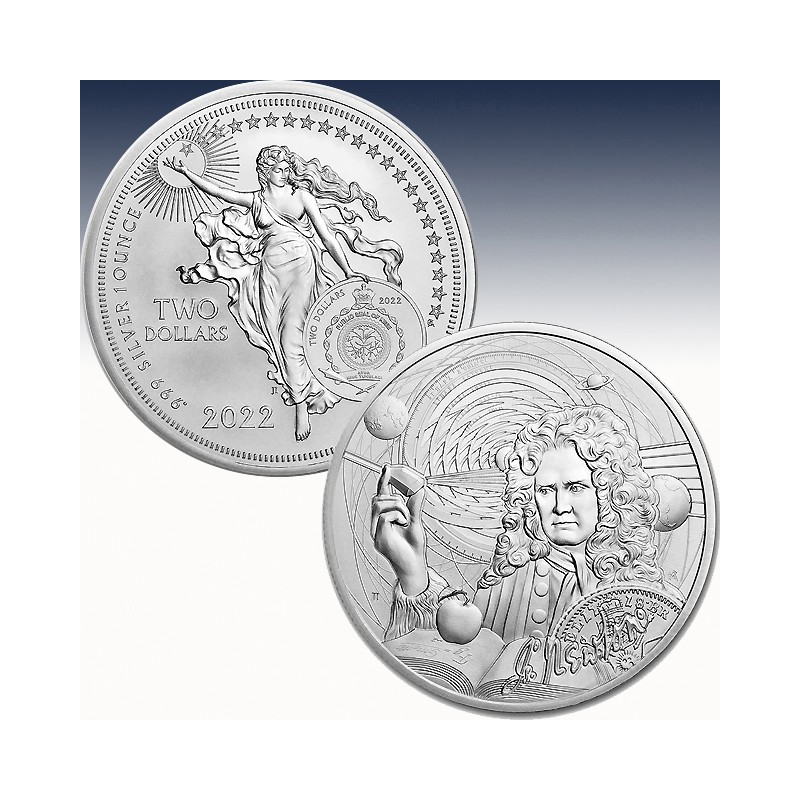 2022 Niue 1 oz Silver Icons of Inspiration: Isaac Newton BU
The third release in the popular series of coins celebrating famous Icons of Inspiration features Sir Isaac Newton, one of the most influential among the mathematicians and physicists throughout history. Newton’s works across all facets of science are some of humankind’s most studied and appreciated discoveries.

Some of Newton’s many discoveries, present in the unique design of this 2022 Silver BU coin, include his work with gravity, depicted in the coin design by the floating apple and celestial orbs, the creation of the 1718 Gold Quarter Guinea featured on the coin, and the prism featured with light refracting through it. His interest in optics led him to propose, correctly, that white light is the combination of light including all the colors of the rainbow. This, in turn, made plain the cause of chromatic aberration – inaccurate color reproduction – in the telescopes of the day.

To solve the problem, Newton designed a telescope using mirrors rather than glass lenses, which allowed the new apparatus to focus all the colors on a single point – resulting in a crisper, more accurate image. To this day, reflecting telescopes, including the Hubble Space Telescope, are the mainstays of astronomy.