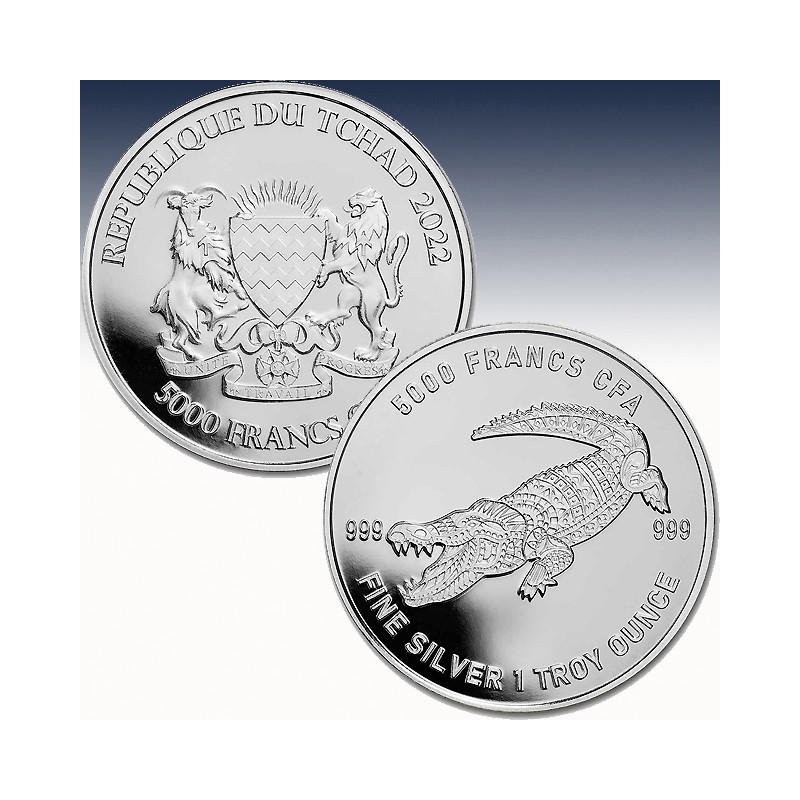 This ninth release of the APMEXclusive® Republic of Chad Mandala Wildlife series features a detailed image of the beautiful crocodile in .999 fine Silver. The 1 troy oz coin has a limited mintage of 10,000 coins worldwide.

Republic of Chad Mandala Wildlife Series
The Mandala Wildlife Series features 1 oz Gold and 1 oz Silver coins with unique designs of different animals, each with a beautiful mandala print. These coins have limited mintages, along with a changing design per release, adding to their collectibility. The Mandala Crocodile is the ninth release of the series, offered in both a 1 oz Silver and 1 oz Gold finish. Featured on the reverse of each coin in the Mandala series is the coat of arms of the Republic of Chad.

The crocodile has a V-shaped narrow and long head, unlike the alligator who has a U-shaped snout. Crocodiles tend to congregate in freshwater habitats such as rivers, lakes and wetlands. They are carnivorous animals, feeding mostly on fish, reptiles, birds and mammals. There are many species of crocodiles, many originating from and living in Africa. Crocodiles have very acute senses, giving them an advantage against their predators. The eyes, ears and nostrils are all located on the top of the crocodile's head, allowing them to lie low in the water and making them harder for predators to spot. These fascinating animals are often found roaming the rivers of Africa, making them a perfect addition to the Republic of Chad Mandala Wildlife series.