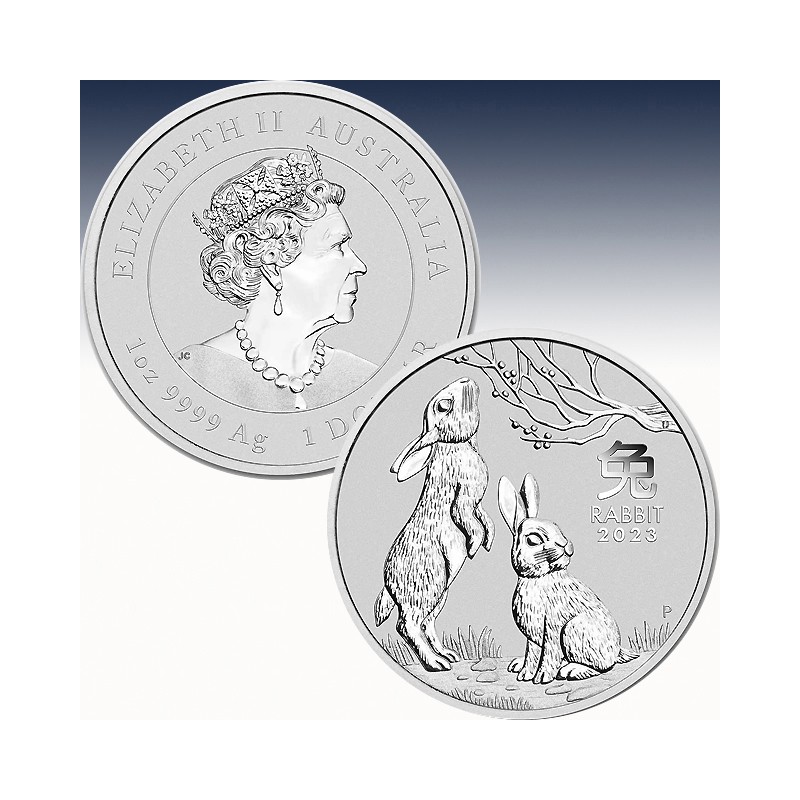 These magnificent Silver coins celebrate the year 2023 as the Year of the Rabbit and are the fourth release in Perth's Lunar Series III.
A landmark coin series of the highest regard, the Perth Lunars package beautiful designs, limited mintages and universal appeal all in one program.

Struck by the historic Perth Mint from .9999 fine Silver, each coin's Australian legal tender status guarantees its weight and purity.

Perth Mint's Australian Lunar Series III collection continues the rich tradition of minting spectacular bullion coins by portraying animal themes from the Chinese lunar calendar. The reverse design changes each year based on the Chinese lunar calendar, and the 2023 reverse celebrates the Year of the Rabbit. Those born under the sign of the Chinese lunar rabbit in 2023, 2011, 1999, 1987, 1975 and every 12th preceding year are said to be intelligent, creative, vigilant and compassionate.