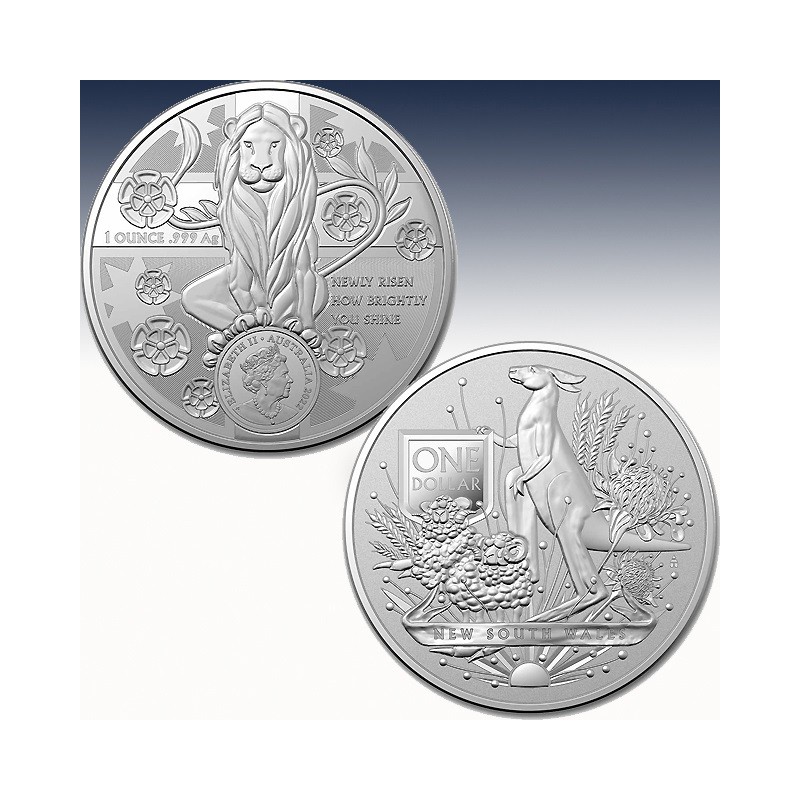 This .999 fine Silver coin is the second release of the Royal Australian Mint Coat of Arms series, inspired by the New South Wales coat of arms. There is a limited mintage of 50,000 coins in this 1 oz Silver size.