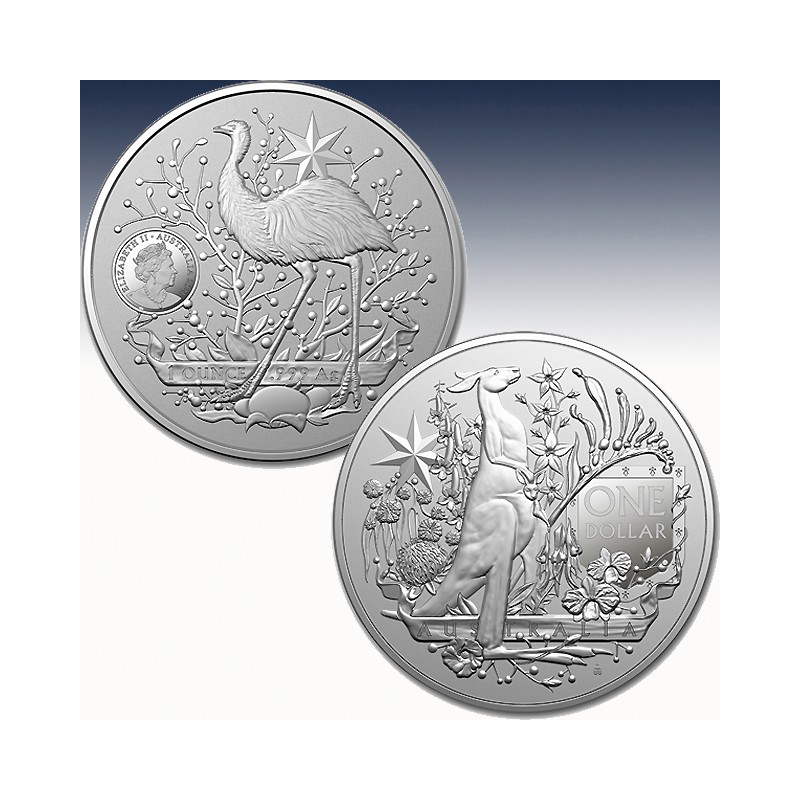 The Royal Australian Mint has released a new bullion series, the Australia Coat of Arms. There is a limited mintage of 50,000 coins in this .999 fine, 1 oz Silver size.