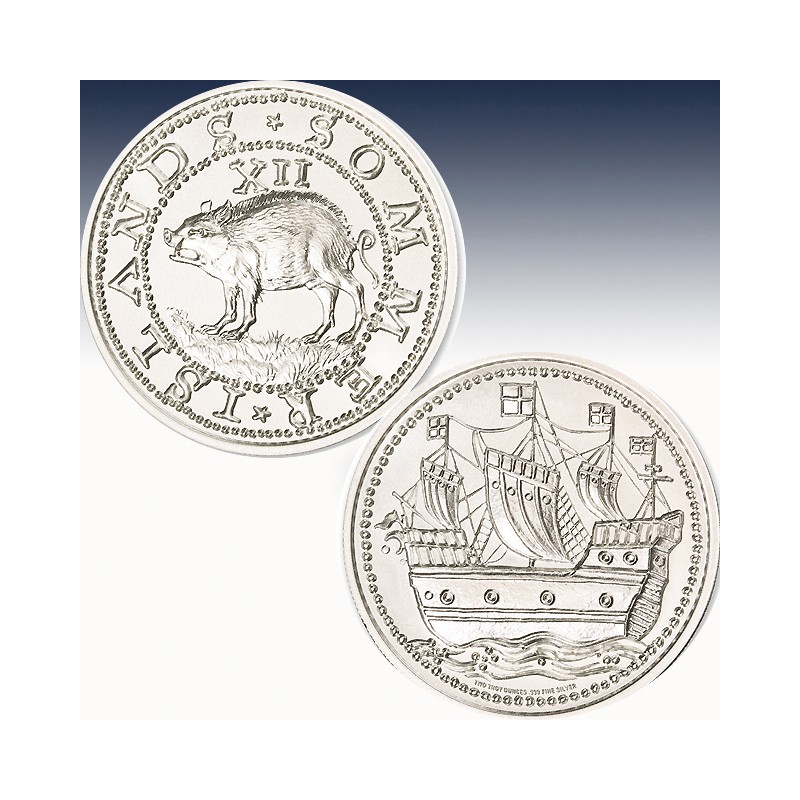 Sir George Somers was born of respectable parentage in 1554. In 1595 he began his career on the sea.  A year later he made a voyage to the West Indies, and in July 1603, he was knighted. He became a member of Parliament, but his seat was declared vacant by reason of his absence in Virginia.

In 1609 he set sail for Virginia as Admiral under the new charter which had been granted by King James, but his vessel was wrecked on the Bermuda Islands and he did not arrive in Virginia until May 1610. He found the colony on the point of starvation, and therefore advised the abandonment of Jamestown. The settlers had actually set sail for England with Somers but returned after one nights absence on learning that Lord Delaware had just entered the mouth of James River. A little later Somers returned to the Bermudas to secure supplies for the Virginia colony, and there, in November 1610, he died. His body was carried back to England and interred at Whitchurch in Dorsetshire.

Hogge Money (so named because of the pig that appears on the obverses of the coins) was introduced to the Bermuda Islands circa 1616 by Daniel Tuckar, the new Governor of the Bermuda Company. All of the coins are rare to extremely rare. They were struck on thin planchets of brassy copper some or all may have been silvered after striking. Many of the known specimens have been found in the last few decades by beachcombers and metal detectors.