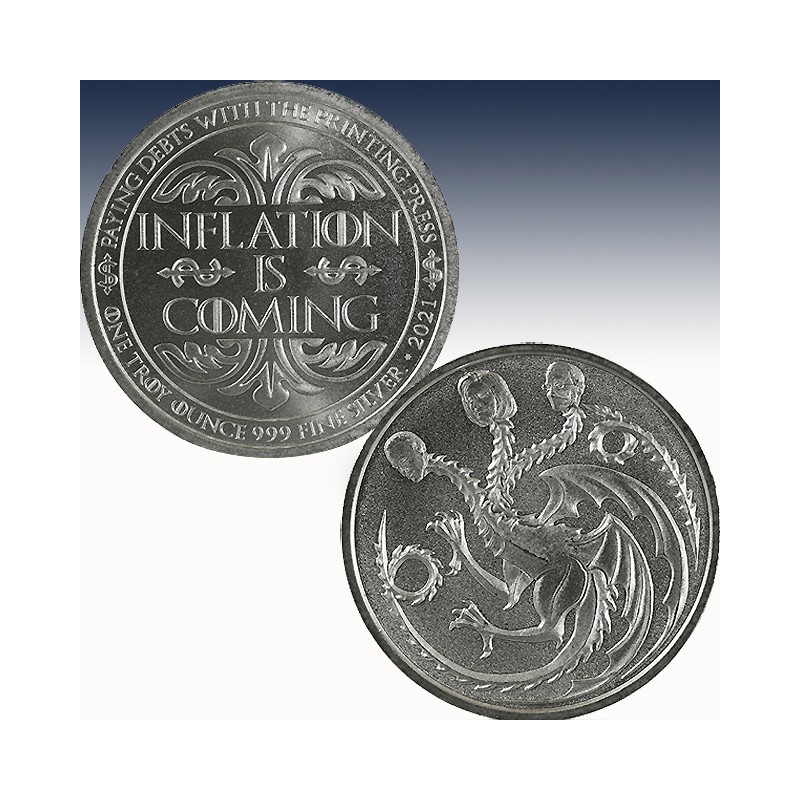 As the American economy works to shake off the impacts of the COVID-19 pandemic and enjoy stable growth, worries over inflation are rising as the Democratic-controlled federal government looks to tax and spend as aggressively as the nation has seen in recent decades. Inflation is a threat to growth and a drag on the income of average Americans. The beast may be coming soon. Today, 1 oz Inflation is Coming Series Unleash the Beast Silver Rounds are available to you online at JM Bullion.

Inflation is a natural part of the ebb and flow of a healthy economy. Prices will rise, the value of the money in your pocket will change with time. The US has gone through various waves of inflation since its founding in 1776, with many of the worst periods of inflation following major conflicts. For example, the US experienced double-digit inflation following World War I and World War II. In recent years, overspending by the federal government has triggered fears of inflation as well.

All of these 1 oz Inflation is Coming Series Unleash the Beast Silver Rounds are available to you as new items. The rounds are offered individually in protective flips, with multiples of 20 rounds offered in plastic tubes.

On the obverse side of Inflation is Coming Series Unleash the Beast Silver Rounds, you will find the image of a three-headed beast. The heads atop this beast represent the powers that be who are in charge of the financial reins in the United States. With aggressive spending packages planned that will cost the American people trillions of dollars, this three-headed beast is raising the potential for increased inflation at a tough time for the American economy.

The reverse field of 1 oz Unleash the Beast Silver Rounds features a common design element for the Inflation is Coming Series. This design includes the series phrase at the center of the design element, with an additional warning above that reads PAYING DEBTS WITH THE PRINTING PRESS. The identifying hallmarks of the round are also visible on this side.