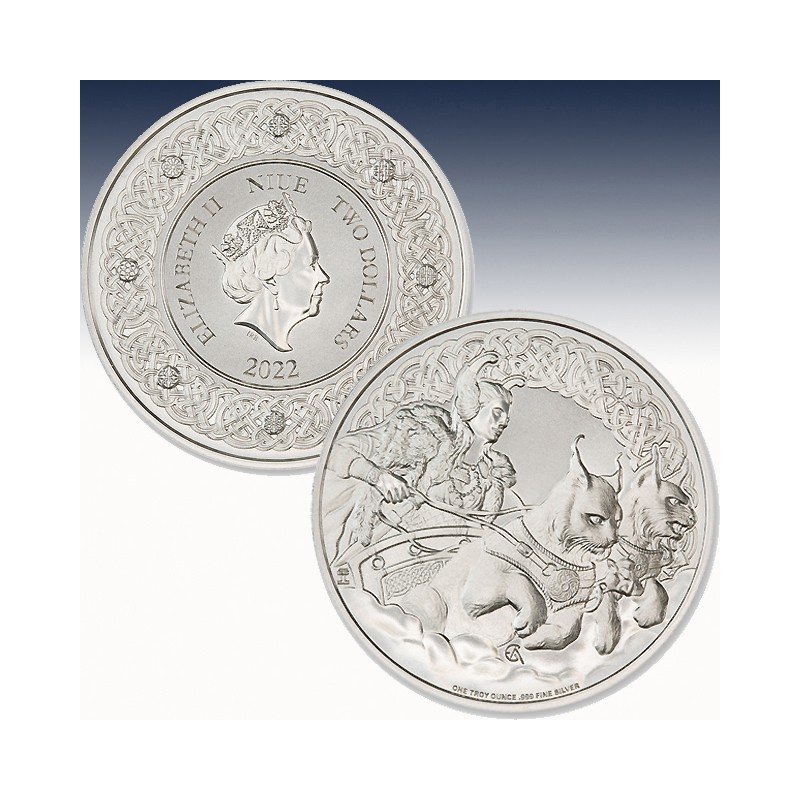 Freyja, (Old Norse: “Lady”), the most renowned of the Norse goddesses, was the sister and female counterpart of Freyr and was in charge of love, fertility, battle, and death. Her father was Njörd, the sea god.  Pigs were sacred to her, and she rode a boar with golden bristles.  A chariot drawn by cats was another of her vehicles.  Freyja’s privilege was to choose one-half of the heroes slain in battle for her great hall in the Fólkvangar (the god Odin took the other half to Valhalla).  She possessed a famous necklace called Brísinga men, which the trickster god Loki stole and Heimdall, the gods’ watchman, recovered.  Greedy and lascivious, Freyja was also credited with the evil act of teaching witchcraft to the Aesir (a tribe of gods).  Like the Egyptian goddess Isis and the Greek Aphrodite, Freyja traveled through the world seeking a lost husband and weeping tears of gold. She was also known by four nicknames—Mardöll, Hörn, Gefn, and Syr.