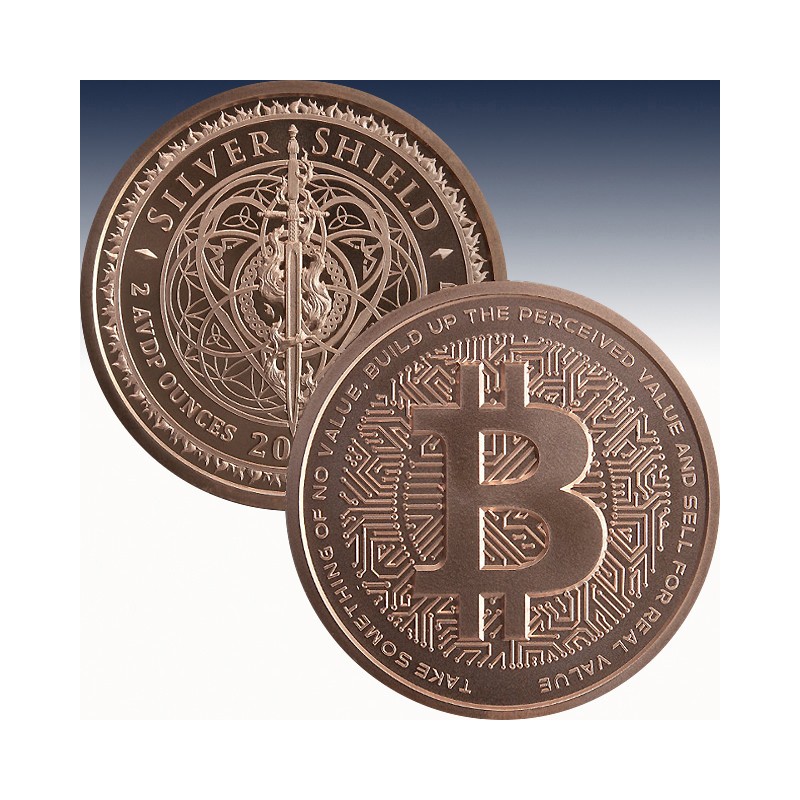 The entire Silver Shield collection was created after years of research into the very nature of what is wrong in this world. Through the study of economics, history, and psychology one can deduce that the nexus of all human interaction is money. As the saying goes, when it comes to money, we are all the same religion.

In that study of money, one sees that there are Trillionaire men that own the world plus interest through their privately owned Central Banks. Literally, they own everything because the very currency we use to buy and sell anything IS a debt to them. Our money is debt! When debt is created, money is created. When debt is paid off, money is destroyed. This leads to the scary, logical conclusion that if all of the worlds debt was paid off, there would literally be no money in any banks in the world AND we would still owe interest on the debts since only the principle is only ever created!

This financial paradigm is a global, generational, debt-based, fiat, Ponzi scheme. In order for this to even function, more debt needs to be created every year to pay for the debt AND interest accrued the year before. This is why the debts ALWAYS go up. This is why there will always be more money printing and why we are on a slippery slope towards hyperinflation.

In 1988 the Rothschild owned Economist Magazine, they predicted that in 2018 all national currencies would burn in a hyperinflationary fire. Out of the ashes of the old nationalistic world order, would rise a global, digital, bankster money. Their ultimate goal is to eliminate all competition and totally enslave the world. Anyone that got in their way would simply have their chip turned off and they would no longer be able to function in their society.

Silver Shield was created to be a conscious, individual solution to all of these unconscious, collectivist problems. We saw how these Trillionaire men came to power by first replacing money with paper receipts as currency. Then fractional reserve banking. Then the demonetization of silver and gold. Now they seek their final goal of a global, digital currency that would be immune to national priorities and to infiltrate, track, trace, tax and traps all humanity.

When you see the enormity of the troubles, you will see that there is no collective way to reform or change the system. Far too many benefit off of it or simply too dependent on it to imagine change coming. The only change that is coming is when this cancerous system implodes when the cancer money kills the productivity of the once healthy host.

Just because the world is screwed up, doesnt mean your world has to be!

Silver Shield sought to empower the individual to be their own Central Bank and save in the money that the banksters have been attacking for generations, silver. Silver is the most widely used form of money throughout history and acted as a natural protection to this bankster gluttony. Without this real, tangible wealth of silver to limit their power, the banksters have run wild over humanity with their digital illusions of wealth.

Now you can take back your power by stacking real, rare, vital, versatile, historic and eternal wealth outside their doomed Debt and Death Paradigm.

When cryptocurrencies came on to the scene in 2011, we saw that it was simply another "something for nothing" bankster scheme. One in which would lay the intellectual and technological foundation for their ultimate global, Mark of the Beast money. Cryptos were simply another digital illusion of wealth, not unlike the Silver ETF, that was a distraction from the real silver threat to their system.

In the Silver Shield Crypto Series, we will see some of the main intellectual and moral arguments against these cryptocurrencies. And in doing so, you will save in the form of silver money that will ultimately save you and your family from the hyperinflation that MUST come at the end of this unsustainable financial paradigm. This series commemorates the largest Ponzi Bubble in history and will show a future humanity that not all were insane to believe in this scheme.

The 2020 2 oz BU Bitcoin highlights the very nature of every good Ponzi Scheme. When you take something that has no tangible value, build up the perceived value by recruiting social influencers to goad their followers into this get rich quick scheme, only to sell those worthless digital illusions for real money. The only way this scheme works is when there is a greater fool to come along and pay more for your digital illusion of wealth. When there are no more fools willing to give something for nothing, then the digital illusion reverts back to its intrinsic value of ZERO.