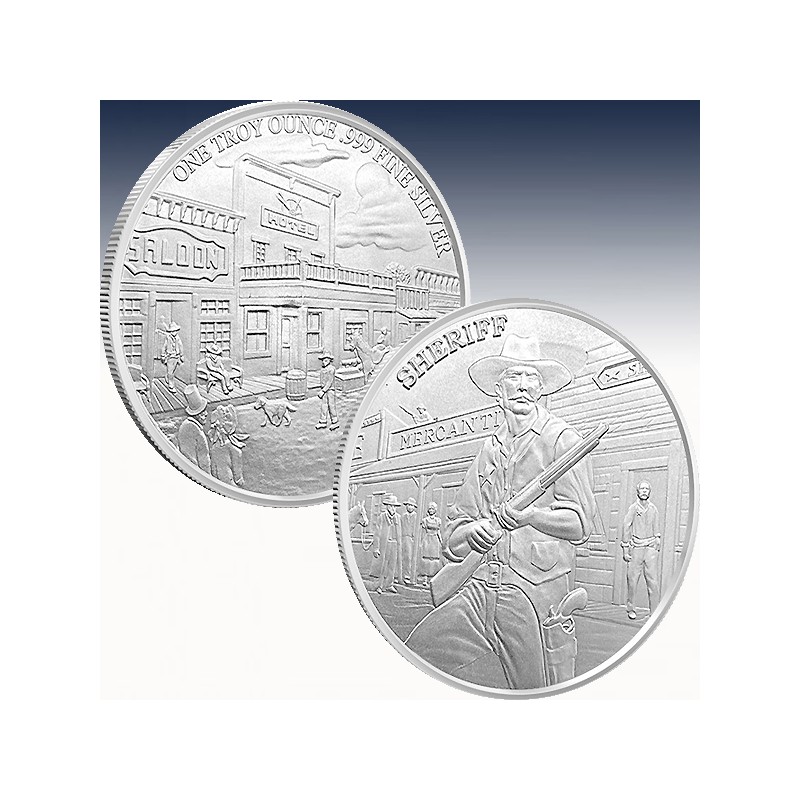 The coveted Prospector Series continues in 2021 with the exciting release of The Sheriff. The Wild West was aptly named for its often lawless towns, but every now and again, the right kind of tough guy was ready to step into the fray and make sure that law and order were upheld. Prior to the establishment of county governments in the American West, the role of Sheriff in any given district often fell to the man tough enough and brave enough to bring criminals to justice. Take your own tough stance on crime with the new 1 oz Silver Prospector Series Sheriff Round available from Provident Metals.

In modern America, Sheriffs are elected officials chosen by the people of their county or city to serve as the top law enforcement official in the area. However, beginning in the 1850s as Americans and European immigrants to the United States began to move West in increasing numbers, a lack of local government meant there was no system in place to elect officials. With no elected officials around, there was also no one around to enforce the law. It was left to those brave lawmen with gun-handling skills to stand in the breach and defend ordinary citizens from crime.

On the obverse side of the 1 oz Silver Prospector Series Sheriff Round is the fifth design in this Provident Metals series. With a steely gaze, the Sheriff stands ready to defend the town out in the middle of the street with his rifle out and a six-shooter in his holster. In the background, you can see some of the towns citizens looking on as the Sheriffs backup stands ready to assist him. There is one deputy in the doorway of the Sheriffs Office to the right and another on the roof of the mercantile ready to lend some cover. The primary inscription reads Sheriff.

The reverse field of 1 oz Silver Prospector Series Sheriff Rounds comes with a depiction of that same town at a different time of day. Here, the citizens of this Wild West town go about their daily lives walking along Main Street, visiting the saloon, or just passing through on their way to another destination. The inscriptions on this side include One Troy Ounce .999 Fine Silver.

Sheriffs were often the last line of defense between citizens trying to scratch out a living in the American West and criminals looking to do the same, but at the expense of hardworking, good-natured folk.