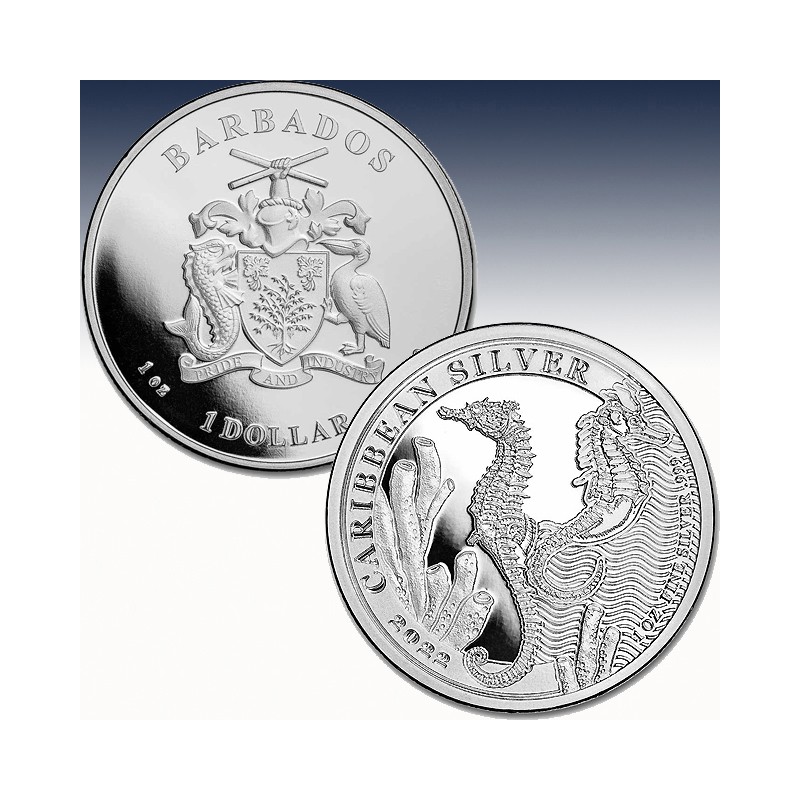 Silver coin, issued by the country of Barbados, is the fifth coin in the series highlighting one of the most unique fish in the ocean, the seahorse.

Seahorses are truly unique, and not just because of their unusual equine shape. Unlike most other fish, they are monogamous and mate for life. Rarer still, they are among the only animal species on Earth in which the male bears the unborn young. A baby seahorse is called a fry.

Barbados Seahorse Series
This is the fifth coin in the Caribbean Silver Series featuring the unique seahorse. Each year, a new design features the seahorse – or in this year's coin, a couple of seahorses. This Silver bullion program has become popular not only with bullion buyers, but also collectors who want to own each design. All previous coins in this program have sold out and are difficult to find in the market.