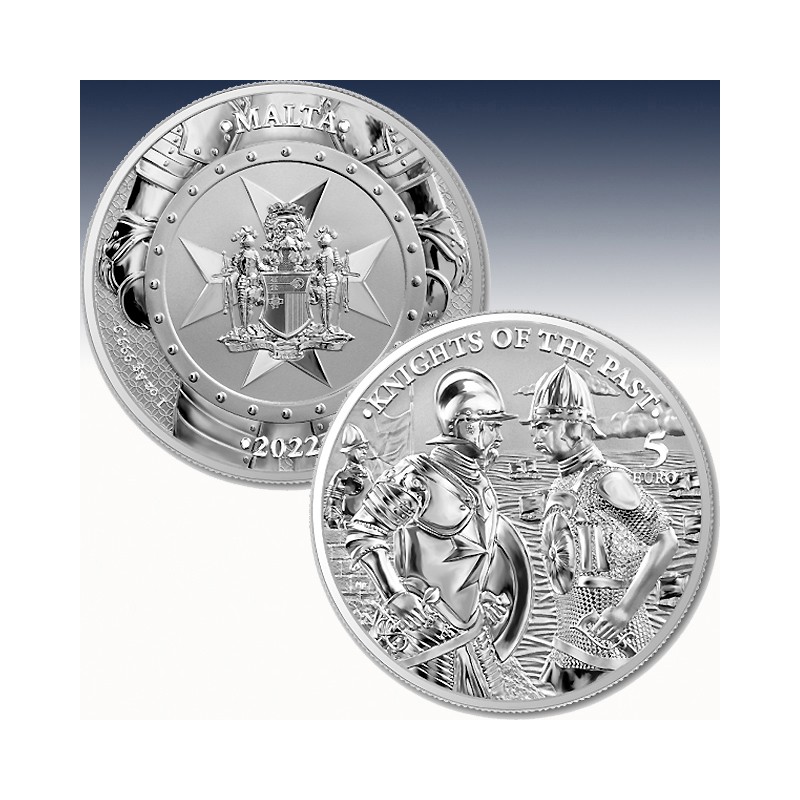 In one of the many new partnerships between the Germania Mint and a central bank, the Knights of the Past Series debuted in 2021. The collection is issued on behalf of the Republic of Malta and the Central Bank of Malta.

2022 Malta Knights of the Past 5 Euro 1 oz Silver BU is the second commemorative coin created thanks to the close cooperation between Central Bank of Malta and Germania Mint. The series of unique bullion coins in a modern way refers to the traditions of the Order of Malta and its fortunes in the history of Europe.

The obverse of the second coin in the series depicts the Knights of Malta in confrontation with the invaders, during the Great Siege of Malta in 1565 – the most important battle in the island’s history and one of the key ones for Europe. The coin’s reverse, as in 2021, depicts the Central Bank of Malta coat of arms on a shield held by a Maltese knight.

The 2022 Malta Knights of the Past 5 Euro 1 oz Silver BU coin will be issued in an edition of 15,000 pieces, along with a Certificate of Authenticity and blisterpack.