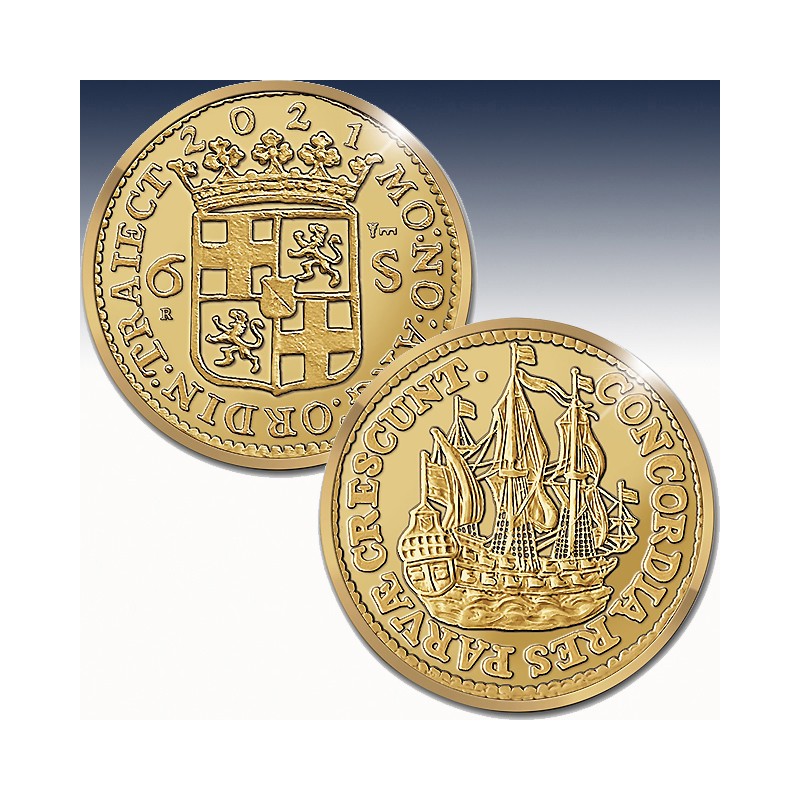 The Royal Dutch Mint proudly presents the Official Restrike of the original Utrecht “Scheepjes-Schelling” or "Ship Schilling" from 1786 which comes with a limited mintage of only 25 coins worldwide.

The “Schelling” is a Dutch coin type which has been around in many varieties. The Ship Shilling was brought into circulation in 1670 because many inferior pieces were in circulation of previous varieties of the coin.

The nominal value of six stuivers (5 cent coins). The name of the Scheepjes-Schelling is derived from its use in trades. The coin was mostly used internationally.