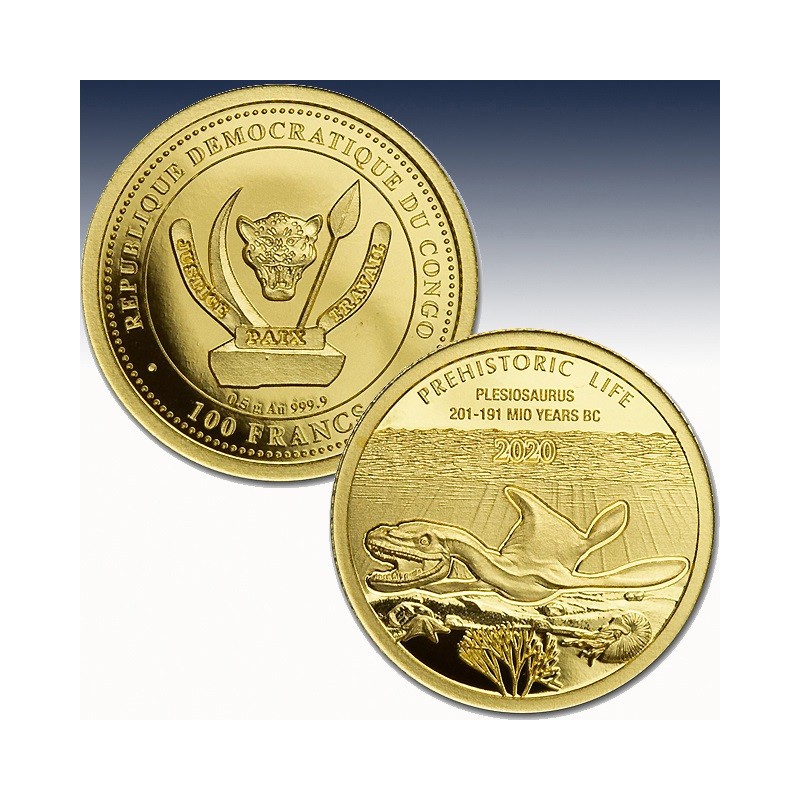 This is the second coin in the Prehistoric Life Series. This North America APMEXclusive® has a mintage of only 2,000 coins worldwide.

Prehistoric Life Series
This series was introduced in 2020 starting with the Tyrannosaurus Rex and will continue until 2023. There are will be three different prehistoric animals coins released each year in Gold and Silver. The second coin features the Plesiosaurs which went extinct 65 million years ago, and did not leave any living descendants. There is some people that insist that the Loch Ness Monster is actually a plesiosaur.