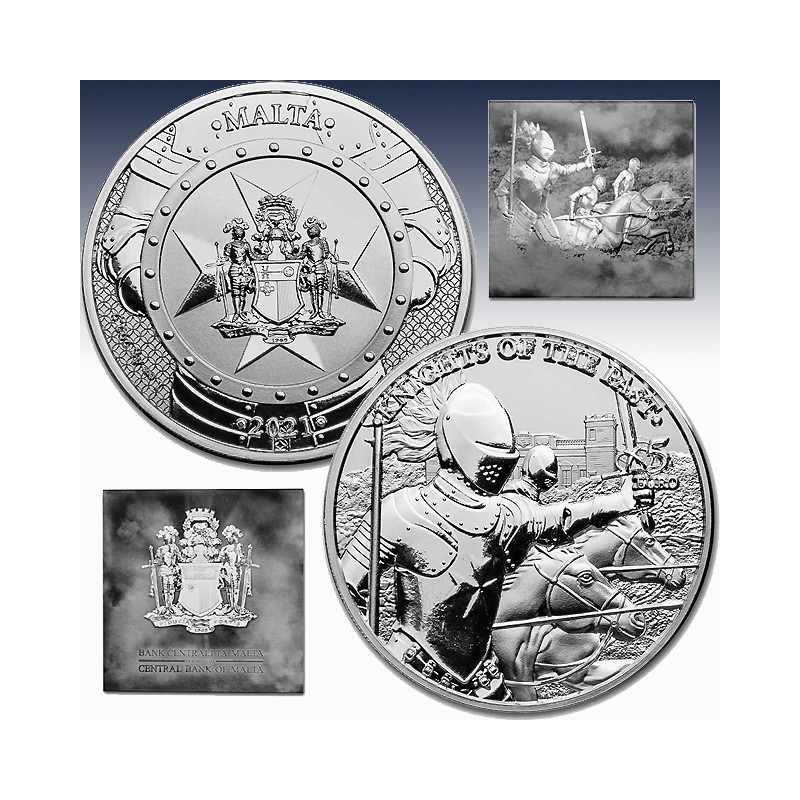 "Malta Silver Knights of the Past Coin 2021"

In one of the many new partnerships between the Germania Mint and a central bank, the Knights of the Past Series debuted in 2021. The collection is issued on behalf of the Republic of Malta and the Central Bank of Malta.

Each 2021 1 oz Malta Silver Knights of the Past Coin available here is individually packaged by the Germania Mint. The mint individually seals the coins in a capsule at the center of a blisterpack. The packaging for these coins includes a tri-fold Certificate of Authenticity from the mint with a stand-up display that shows the coin in its capsule. All of the coins are in Brilliant Uncirculated condition.

The coins in this release celebrate the history of the Sovereign Military Order of Malta, a group colloquially known as the Knights of Malta. The Knights of Malta was actually a Catholic religious order that was traditionally focused on military campaigns. The knights, as a group, possessed no territory but is a sovereign entity. The small island off Sicily that the order is named for continues to this day and is the tenth-smallest nation by land area in the world.

The obverse side of 2021 Malta Silver Knights of the Past Coins features a depiction of the Knights of Malta in battle. These powerful knights ride with a Catholic cross on their chest plates. From horseback, the knights lower their spears or raise their swords on the charge.