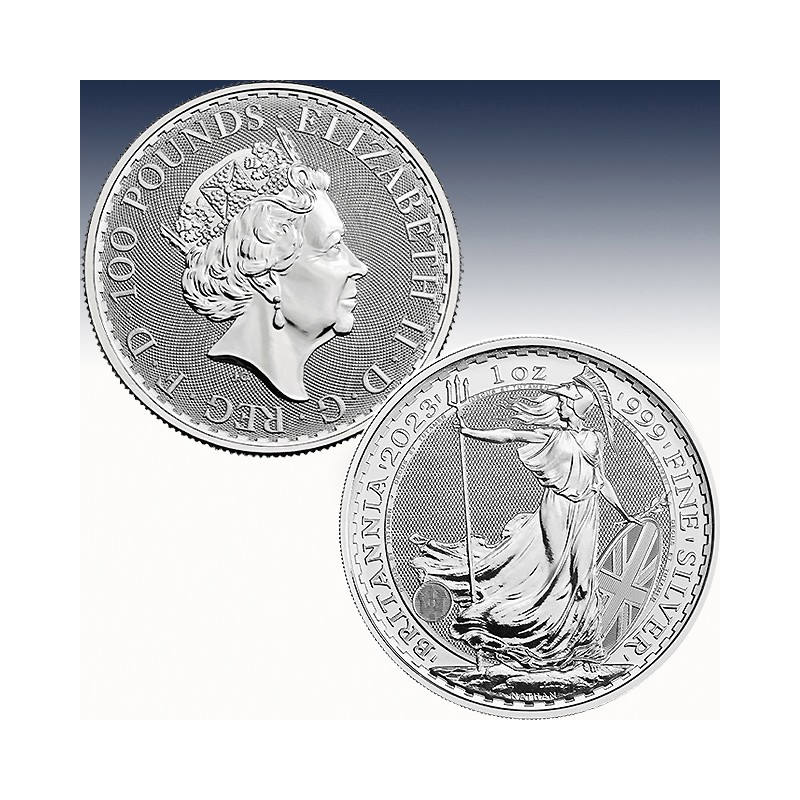 This limited release 2023 Britannia features the fifth and final effigy of Her Majesty Queen Elizabeth II. A Britannia coin featuring King Charles III's first effigy will be released in the new year.
The 1 oz Silver Britannia coins were first produced as Silver coins in 1997 and are renowned for their beauty, trustworthiness, and special security feat

The Great Britain Silver Britannia Coin
The internationally recognized figure of Britannia standing firm against a ferocious storm is displayed on the Silver Britannia coins. Since Roman times, this image has represented Britain's power and integrity on coinage. In 2021, the design of the coin was enhanced with surface animation, a latent image, tincture lines and micro text to provide further protection. Silver Britannias may be purchased in mint tubes of 25 or sealed 500-coin Monster Boxes alongside single coins.