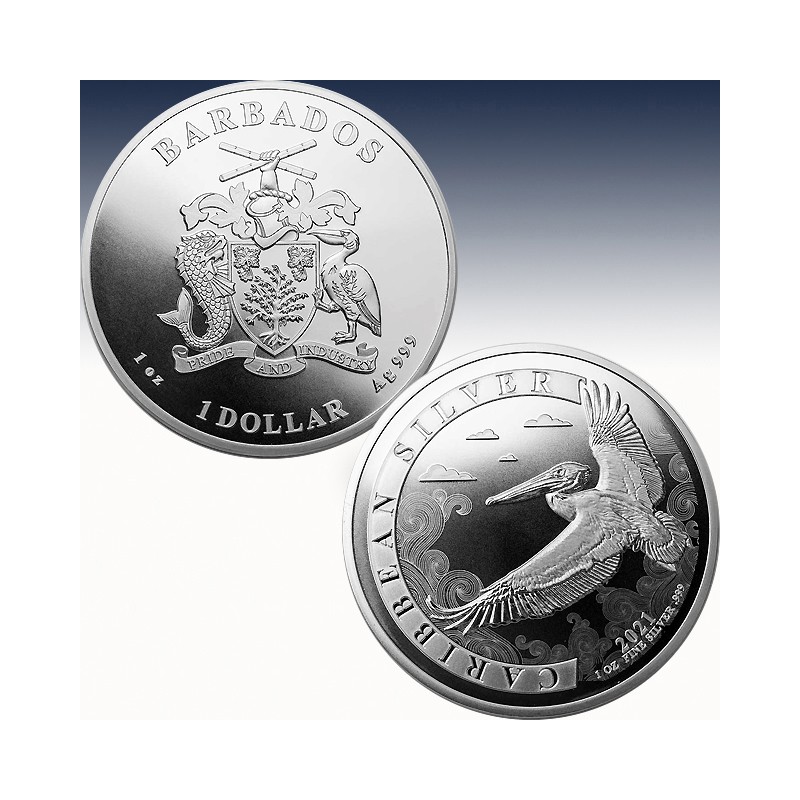 This bullion Silver coin issued by the country of Barbados features one of the icons featured in the Barbados Coat of Arms, the pelican.

Caribbean Series
This is the second release in this series featuring the national bird of Barbados, the Brown Pelican. Brown Pelicans have a dark body, an oversized bill, and a sinuous neck. This pelican is the smallest pelican species with an average length of 4-feet. Also featured in this series is the Seahorse, which like the pelican features a yearly changing design.