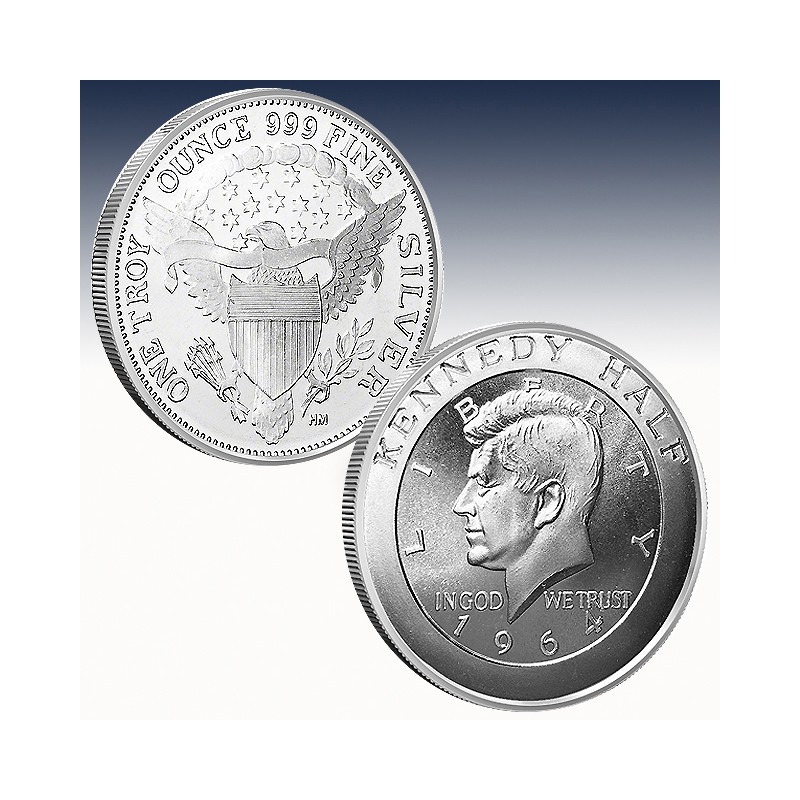 The Kennedy half dollar, first minted in 1964, is a currently struck fifty cent coin issued by the United States Mint. Intended as a memorial to the assassinated President John F. Kennedy, it was authorized by Congress just over a month after his death.

This 1 oz .999 pure silver round is produced by the Highland Mint, one of Americas most respected private bullion manufacturers.

Each round weighs exactly one ounce, is guaranteed to have a purity of .999+ fine silver, and is made in the United States by Highland Mint. The obverse features a a profile of President John F. Kennedy with "LIBERTY" inscribed over his head. The reverse features a modification of the US seal, with inscriptions of the rounds weight and purity.

These 1 oz rounds are made by the Highland Mint, a Florida-based facility that has been issuing top-quality bullion products since the 1980s. Each round displays the HM hallmark, which identifies the original producer. This exact round is fully IRA-eligible.

One ounce silver rounds provide investors a great combination of low cost and portability. This HM round is perfect for stacking or anyone who wants to own a truly attractive silver round at a price close to melt.