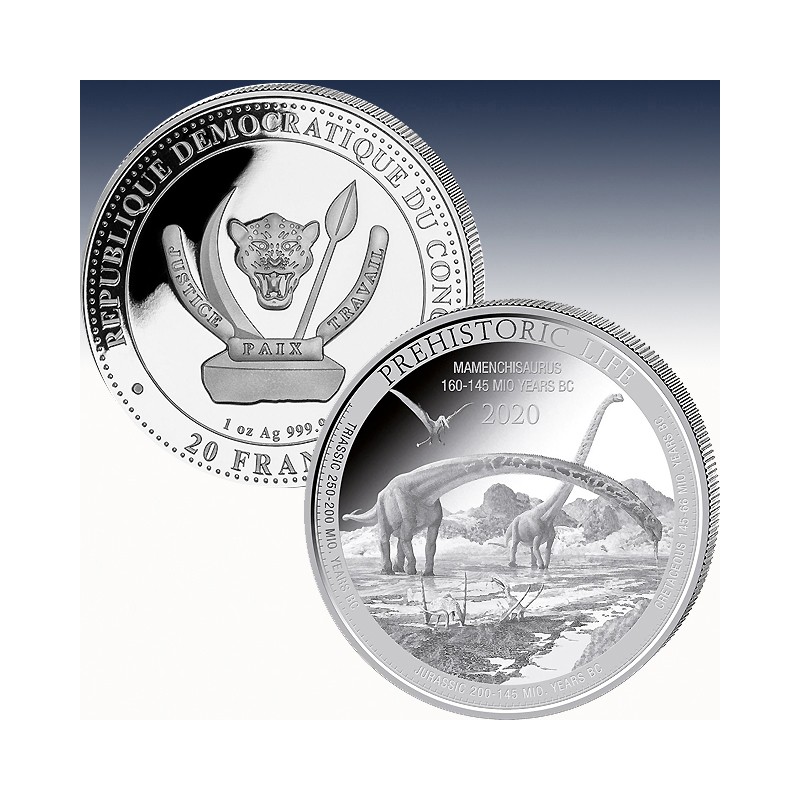 This is the third coin in the Prehistoric Life Series has a mintage of only 10,000 coins worldwide.

Mamenchisaurus had the longest neck of any creature that ever lived. They lived during the late Jurassic period.