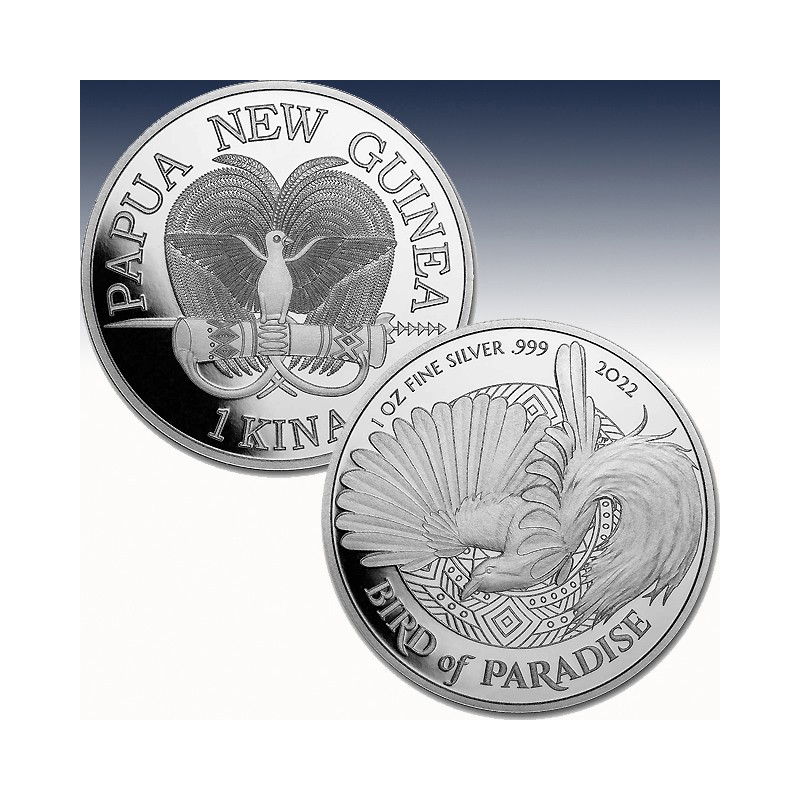 This Coin has a limited mintage of 10.000 coins. This bullion Gold coin, issued by the country of Papua New Guinea, features a modern version of a classic coin.

Bird of Paradise
The original coin was minted in Berlin in 1895 for the German colony of New Guinea and has become one of the most highly prized coins in the numismatic world. The bird of paradise is the national emblem for Papua New Guinea and the image of the bird is also included on the flag.

MDM Mint
MDM Mint bring you these beautiful Papua New Guinea Bird of Paradise coins. MDM, short for Münzhandelsgesellschaft mbH & Co. KG German Coin, is one of the largest international mints and is also a member of the Richard Borek Group. Founded in 1893, this group is an internationally active coin trading company that is one of the world market leaders for Precious Metal collectibles.